Widows working together for a better life 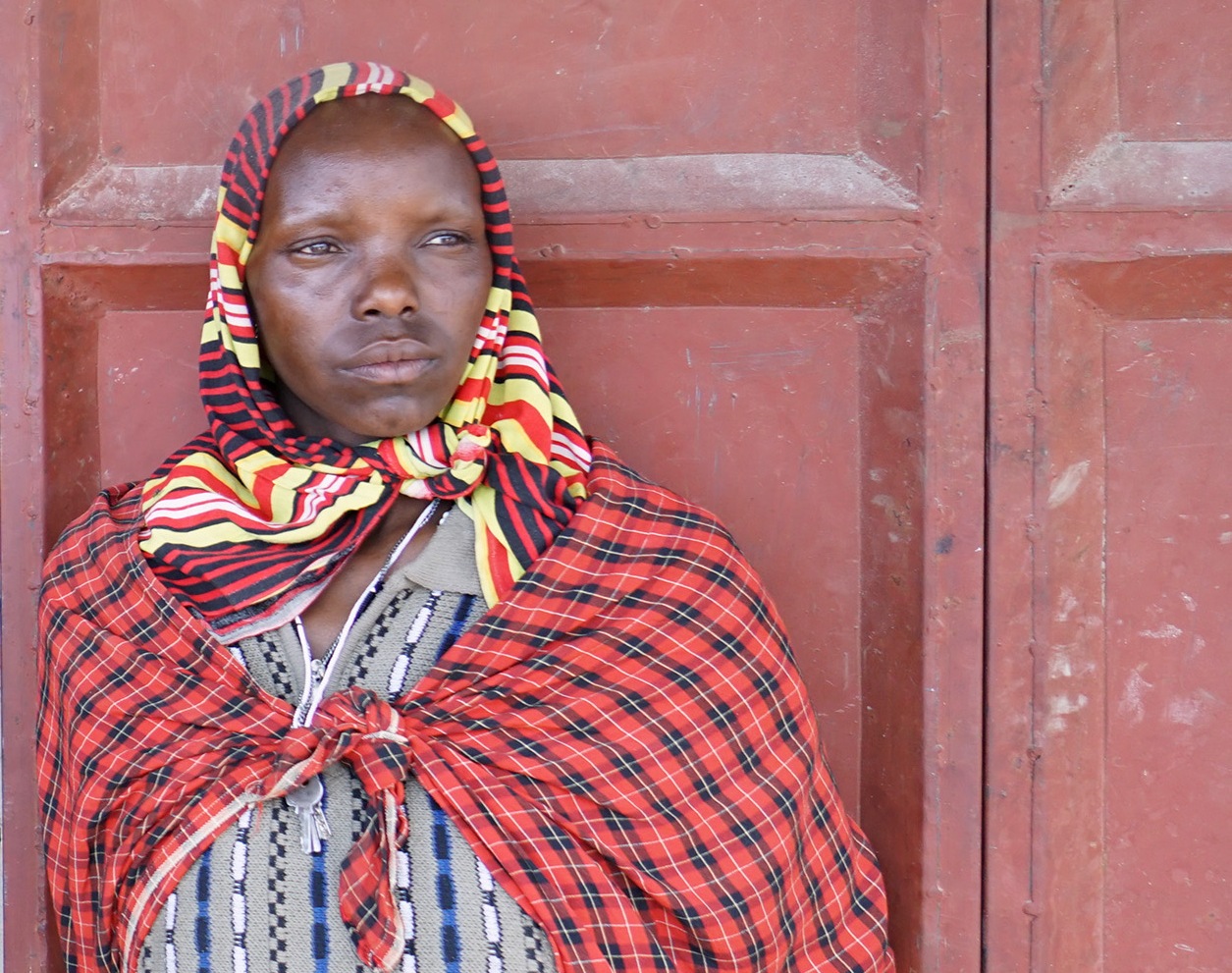 The Maasai Stoves & Solar Project of the ICSEE is seriously dedicated to working to help widows reach for a better life. Expanding our collaboration with the Global Fund for Widows (GFW) is making a real difference.

The polygamy of the Maasai, arranged marriages, and lack of educational opportunities due to early marriages all lead to the special vulnerability of these women. When a husband dies or stops contributing to the welfare of a particular wife and her children, it results in a very difficult situation. 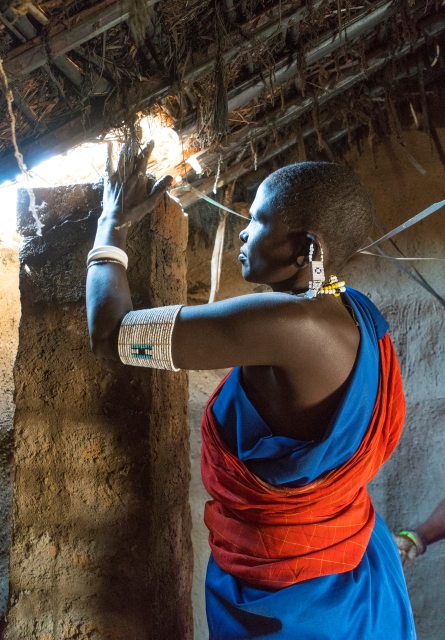 From the beginning, the International Collaborative‘s work with the Maasai has been based on creating a broad collaboration with women. Maasai women are more constrained in their lives than men. For many of them, working with the Maasai Stoves & Solar stove installation teams has opened up an entirely new path towards improving their lives.

For many this is literal, as for the first time they have the chance to visit women more than a couple of walking hours away from their burdened lives at home.

As organizers, the ICSEE began to appreciate that our greatest gift was giving Maasai women a chance to add a new dimension to their lives; the chance to work with others to make life better. Homes don’t have to be smoky. Night doesn’t have to be dark. And women could be organized for enterprises benefitting them all.

The collaboration for widows begins

In 2018 the GFW asked the ICSEE to analyze the situation of Maasai widows. We were thrilled to design a program based on our deep relationship with the women of Maasai communities, and the results of the analysis.

Backed by GFW funding, ICSEE facilitated a new project, organizing 25 widows in each of three villages. All benefit from the leadership of the outstanding Cypress Hill Manager, Mesha Singolyo, who is also an experienced leader of the district government’s community development department. 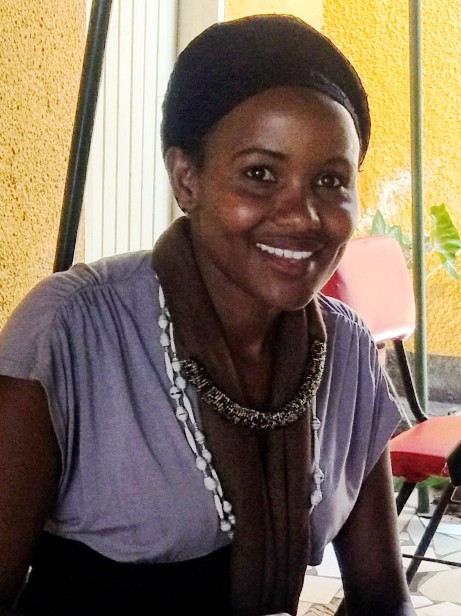 These first three groups, with 25 widows each in the villages of Mtimoja, Nanja and Longido have already shown how good organization and well-chosen collective businesses work.

The 25 women hone their business skills, are well capitalized, and work with local leaders and men glad to be working with them for their success and well being.

The plan for organizing, developed by Cypress Hill Manager Mesha Singolyo and her colleagues, starts with engaging village authorities to solidify their participation and support. These men wish they could do more for all the people of their village. They appreciate that we are coming with critical funds, allowing us to organize at least 25 widows in each village. And this has a big impact, as widows often represent the villagers most in need. 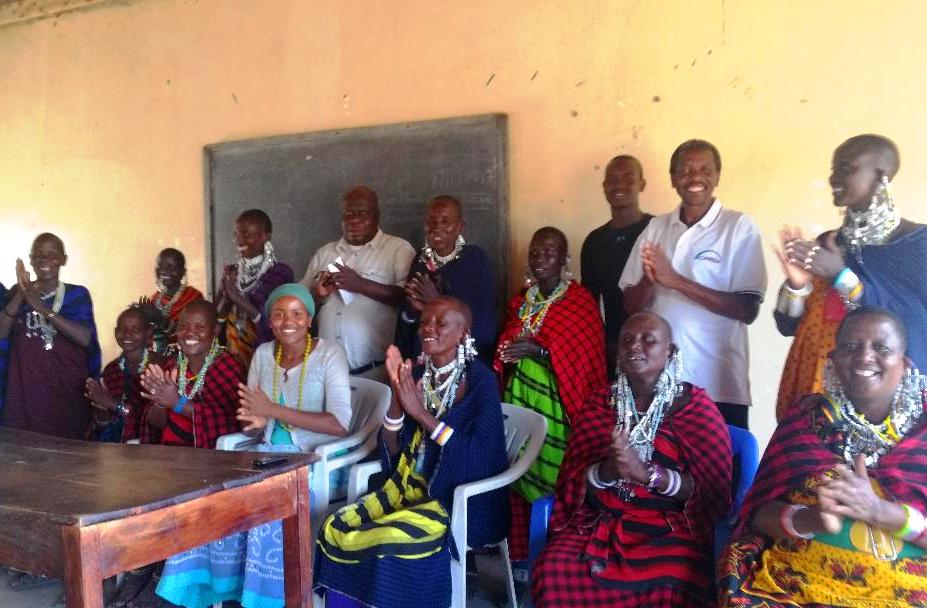 The group elects leaders to run planning meetings, manage funds, and implement projects and enjoy working together with resources that mean they an really accomplish something significant.

The next step includes training people to establish and operate a cooperative bank. Each woman contributes monthly. This allows loans to be available to them when they want to start a business.

The widows learn how to keep their books and how to utilize veterinary assistance. In one of the villages the women appointed an advisory group of men, Maasai herders, to ensure their access to the best livestock knowledge available.

The next step includes training people to establish and operate a cooperative bank. Each woman contributes to their bank monthly. The bank makes loans available to them when they want to start a business and convince the widow’s management committee their business plan is sound.

Selecting the new businesses—livestock is a good choice

The first loan goes to the 25 widows as a group so that they can collectively begin their new business. All the groups have selected goats as their first business. They buy, fatten, and sell the goats. The money they share and borrow from their bank is adequate to start this endeavor at a good scale with about 75 animals. 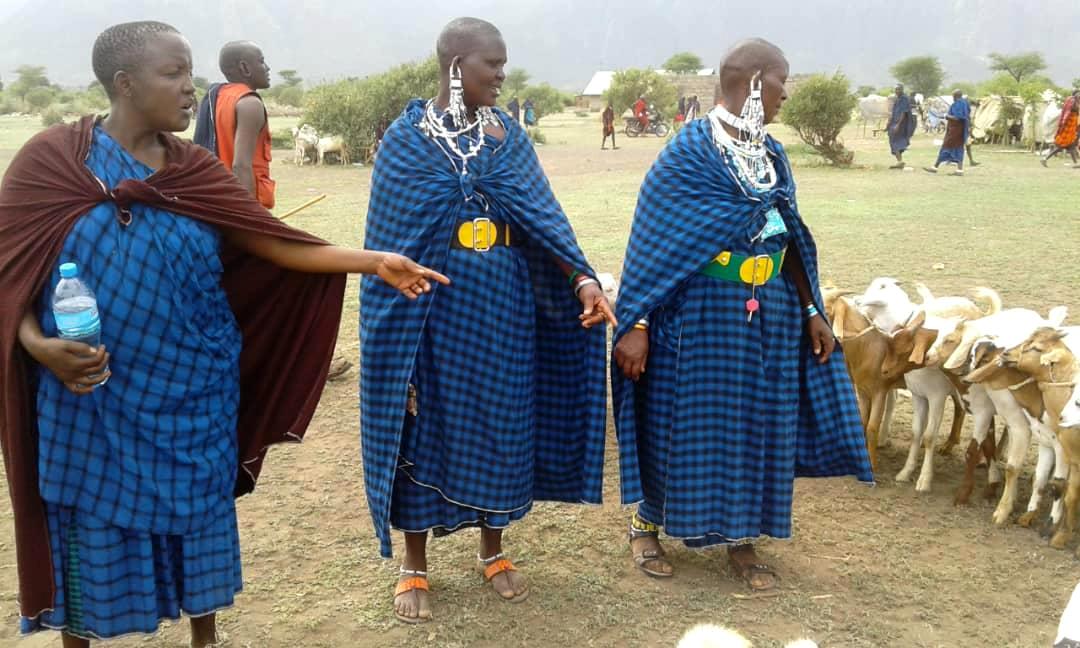 Well-timed and well-managed, goat businesses generate good profits in about six months. The widows of the first three groups have already paid back their collective loan and are in the planning process for their new resources, with more groups in the initial phase of the work.

Most importantly, with funds from our grant from the GFW, we supply a significant amount of money to boost their bank balance. This allows the widows to start a collective business with enough investment to have a resounding and motivating success.

First, the Global Fund for Widows and the Maasai Stoves & Solar Project developed a plan to add two new groups in Mtimoja and Selela to the original three. Ms. Singolyo applied the same organizing methods and these groups are well organized. Both chose to start with goat businesses as well. They have established their banks, elected leaders and are progressing well.

With the recent additional grant from the Global Fund for Widows, the ICSEE is organizing six more widows groups in these villages: 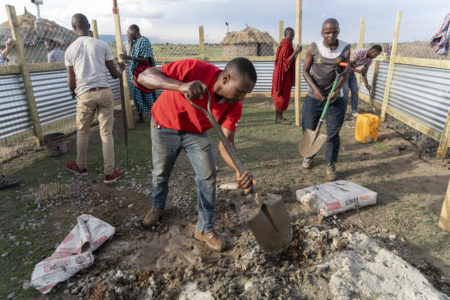 Today, there are 275 women in the Widow’s Groups. They have already sold a total of 760 goats and 20 bulls and cows.

An educational moment for the widows and for ICSEE

Ms. Singolyo is training Kone, Augustino, Ngakenya, and Kisika who have been strong in all their staff roles. They are becoming very good at implementing the Widow’s Program. The enhanced organizing skills and power they are gaining will serve them well into the future, as they participate in the development of their society.

The new team is not restricting itself to the six new groups, but rather all eleven widow’s groups are now working with the organizing leadership of the full team of five. Expressed in this is one of the most important things about the work we do with the people. We don’t just push them forward and then leave.

There is lots of good opportunity for continued learning for the women and for us. This educational moment for all of us is exploited to the full and means not only that the women learn to succeed, but we learn about our process and improve our skills too.

The eleven groups are spread out over a large area. Longido is north of Arusha near the Kenyan border. Baraka and Mugere lie to the west in the Rift Valley.

ICSEE assigned primary responsibility for visiting the groups to different members of our five-person team who have been working with other ICSEE programs in these different areas.

In addition, ICSEE has now dedicated one of its vehicles, a Suzuki four-wheel-drive car, to be available for the Widow Organizing Program.

The village leaders are getting into even stronger supportive roles. The Village Chairmen, Community Development Officers, and Councilors of the District Government are all enthusiastically involved.

Ms. Singolyo frequently expresses her joy in finding women in these villages so excited to have the opportunity to organize productively and so ready to apply their intelligence and skills in this way.

ICSEE is grateful for the Global Fund for Widows collaboration. It is remarkable when the goals, expertise, community relations, and resources come together so constructively.

A special event is scheduled for November 2019. ICSEE Managers Kisioki Moitiko and Mesha Singolyo planned the event, including women from all the Widow’s Groups, news media, a special guest of honor and many more participants from the government and Maasai communities. We hope to publicize and celebrate this work.

Women socialize while awaiting the milling of their corn

The Maasai Stoves & Solar Project operates cornflour mills. These are the only women-led mills in the region. They provide employment for Maasai women, especially widows, and were established originally with the help of CODEGAZ, a French NGO of volunteers from the GDF Suez Corporation.

When a mill is located right at a market, as these are, customers can buy corn, join the queue, and have their corn ground into flour while they wait. And if the women have the time, the mill queue becomes a warm and friendly social setting, as well.

The first Maasai Stoves & Solar mill was located at the big market outside Mto wa Mbu in the Rift Valley. The women of the Monduli Pastoralists Women’s Organization (MPWO) recently moved the mill to the center of Selela village. They believe it will become more profitable there.

The second mill, located at the market in Monduli Juu is doing really well. After costs and salaries are met each week, there is a good profit, fed back into the betterment of the lives of Maasai women.