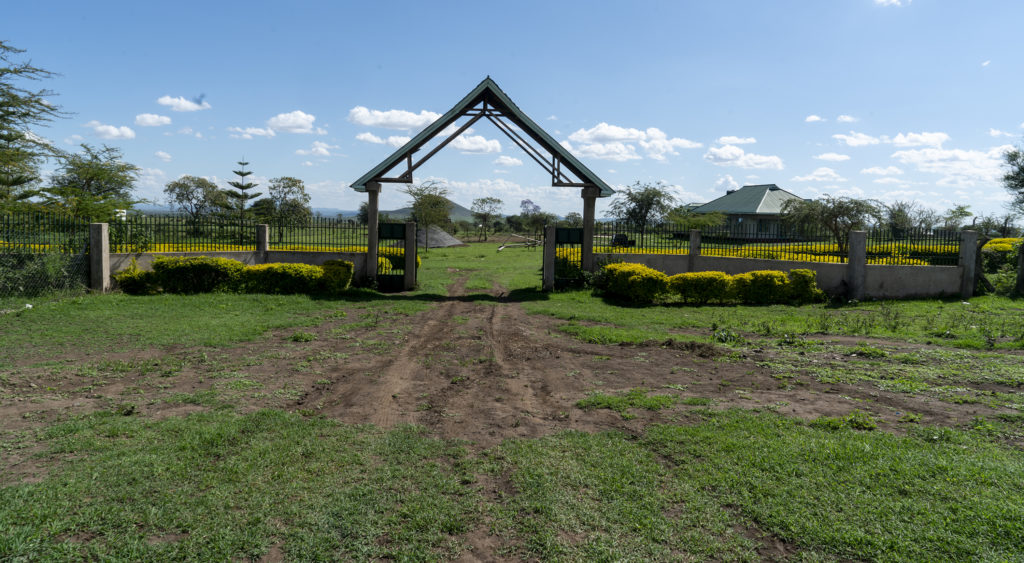 In 2017 the International Collaborative for Science, Education, and the Environment, Tanzania (ICSEE T) opened Cypress Hill. Located near ICSEE headquarters, it is a new campus on the southern edge of Monduli in the village of Lachaine.

Formerly the site of a vocational school teaching English and sewing to adult learners,  ICSEE received the campus as a donation from a non-profit based in the UK that was ending international operations.

The International Collaborative then renovated the three buildings on campus for flexible use, paid for with additional funds from the English non-profit organization and private ICSEE donors. 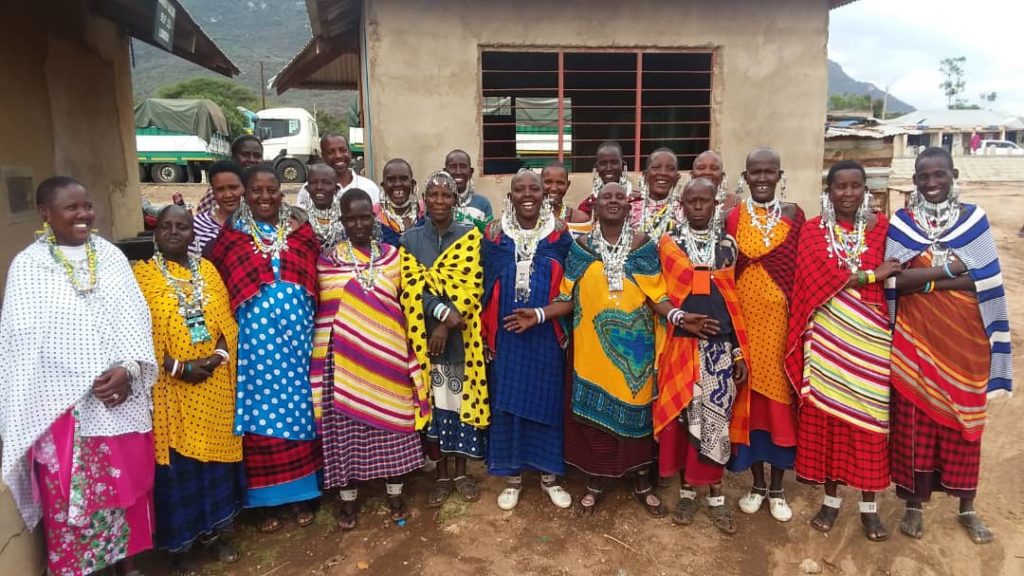 Cypress Hill covers two and a half acres of flat useful land with three buildings. ICSEE turned one of the buildings into a dormitory to be used for housing during residential educational programs. Furnishings include six rooms with bunkbeds and a common area. 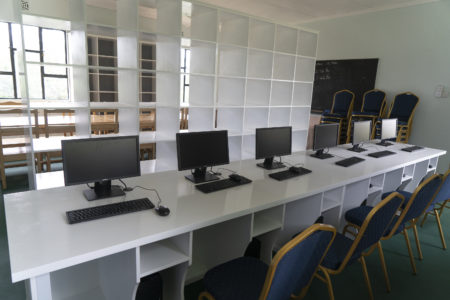 The second building is used as an office. The third building includes two large rooms that are perfect as classrooms. The International Collaborative invested in good tables and chairs and turned the rooms into classrooms for training workshops. In addition, multiple small rooms make up additional offices and the research laboratory.

Manager of Activities and Programs 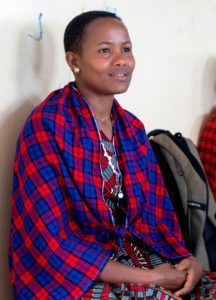 ICSEE Tanzania is very fortunate to have Mesha Singolyo on its leadership team. She serves as Manager of Activities and Programs at the Cypress Hill Institute Campus. Kisioki Moitiko, the General Manager of the Maasai Stoves & Solar Project works closely with her.

Mesha developed her expertise in community services and educational development both through her work in the Department of Community Development of the District Government, and through her education.

Also leading the International Collaborative program for widows in the Maasai villages, Mesha is overseeing the establishment earning and business opportunities. Read more about the Widows Program. 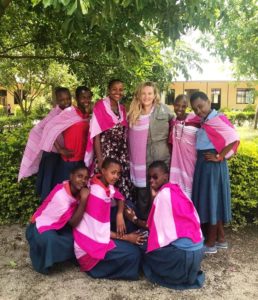 Cypress Hill facilities are a good fit for training workshops, and ICSEE has already offered many successful events. Here is a sampling:

In 2019 the International Collaborative converted one of the two classrooms into a well-equipped computer center and library. There are six computers connected to the internet and to a printer. 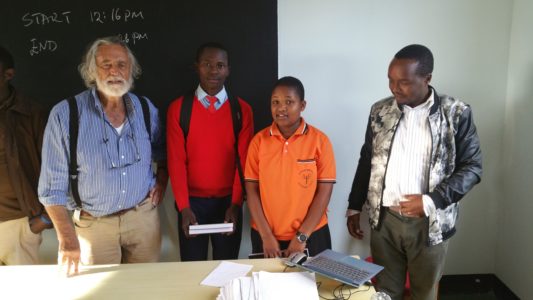 In 2019 ICSEE held the first Math Olympiad at Cypress Hill. Six secondary schools sent teams of boys and girls—52 students in all.

Great care was taken in preparing the exam questions which were designed to give students a chance to reveal their curiosity and creativity, in addition to the skills that their exams normally measure. Boys and girls did equally well, and found the exam really interesting. They had never seen math questions like these.

The International Collaborative gave the Olympiad for several reasons. It’s important for the campus to become well known for its potential to bring life-enriching opportunities. In addition, the competition illustrated an approach to education that allows fruitful collaboration between math teachers in the schools, and those who are free to bring innovation, like the ICSEE.

ICSEE recognized ten students—six girls and four boys for their best scores. Each received backpacks filled with school supplies. The best score was 37 out of 70 and that was really impressive!

As always, the facilitators learned even more than the students and our learning will be reflected in the next exam created for this purpose.

The ICSEE (T) is in the process of creating a unique and welcoming Community Center. The aim is to maximize the use of this excellent site for ongoing opportunities.

Playground and sports center for young and old 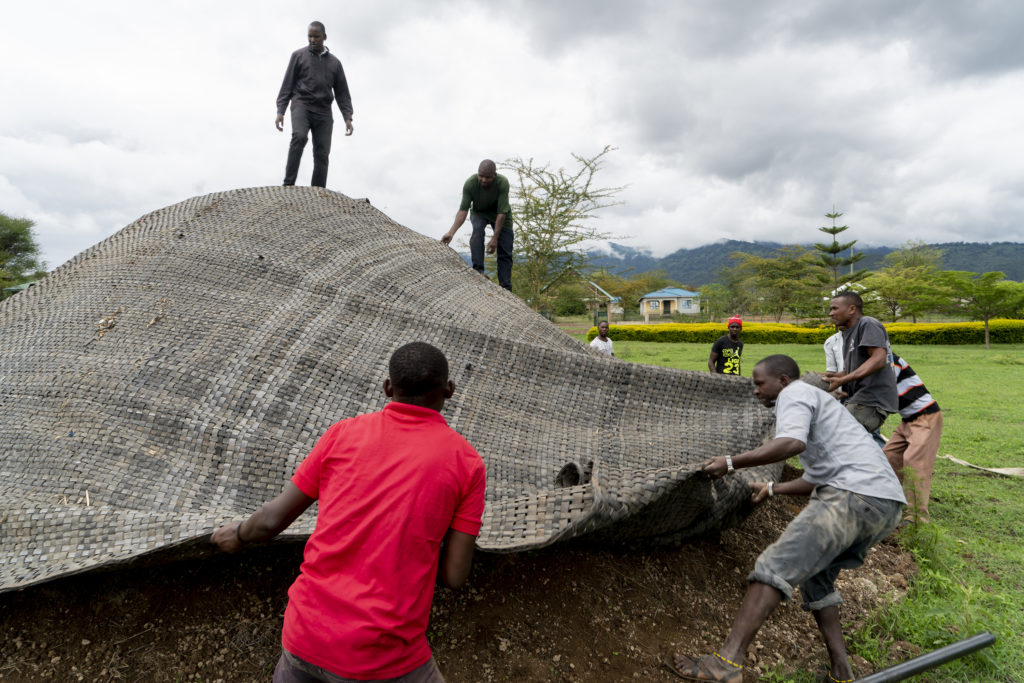 After studying many playgrounds in the United States and in and around Arusha, the ICSEE designed and constructed a flexible playground as a pleasant place for children and their families for relaxing hours. In addition to slides, swings, and climbing structures, the playground offers places to play football, basketball, and netball for the enjoyment of people of every age. 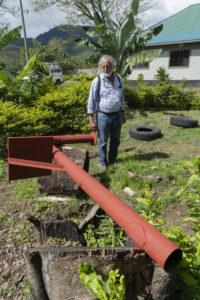 Participants can enjoy restaurant meals , snacks, and drinks served in the ICSEE restaurant, right on the Cypress Hill premises. It is open to those using the facilities and their friends and family. Proceeds cover part of the costs for staff and maintenance.

Participation in the Resource Center is on a membership basis which is open to all. The full-time staff administers the membership programs and ensures the facilities are used fully by those participating in it. Members pay a small family or individual fee to cover a portion of staffing and maintenance costs.

Each trainee received a sewing machine as her “diploma.”

Before Cypress Hill became part of the ICSEE(T) it was a vocational school was in the process of finishing classes and closing down. The school had offered tailoring, and we received 20 pedal sewing machines along with the buildings.

We decided that these machines would be best in the hands of women who really wanted to sew. We thought some might want to start tailoring businesses for themselves. The Project hired a technician to inspect and repair the machines. We located Lashaine women who wanted to become tailors, or improve their existing sewing skills. These women had clear aims, and the confidence and experience to initiate related businesses. The Project provided training led by an expert tailor.

Upon completion, each woman received her machine as her “diploma,” delivered right to her home. Many started businesses. Here is the story of one of the graduates:

A path to sew

Adela with her new sewing machine

Adela completed seventh grade and wanted to continue learning. But because her father was already planning her marriage, she could not go further. But Adela loved to sew.

But she managed to escape the marriage and ran away to Arusha town. There she worked as a housemaid. When her employer noticed that Adela was interested in designing and sewing clothes, she took her to a tailoring course that she could attend while still working.

“After I completed the course, I used the money I had earned as a housegirl to buy a sewing machine. Because I had spent all my savings, and didn’t have more to pay rent, I decided to go back home and start sewing. I joined other fundis and shared an office for the business.

But the machine I bought failed after just one year. And I’ve had to rent another machine for 25,000 Tsh a month (about $12)

But now, with the help of ICSEE, I have my own machine. I can’t believe it. Thank you for enabling this. I promise I will take care of it and work hard to realize my dream. Ahsante sana! ”